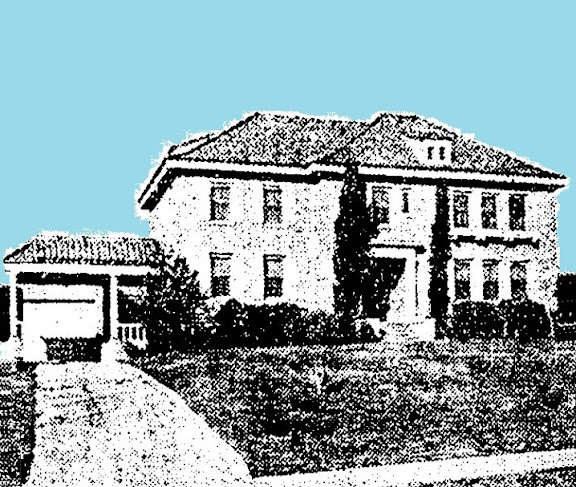 Little information has surfaced about the Mrs. B. G. Mills who in 1923 commissioned architect and developer Franklin Harper to design 49 Fremont Place; Franklin Harper's best-known building is the also-still-extant Granada complex of studios at 672 South Lafayette Park Place. According to the construction permit for 49 issued by the Department of Buildings on November 6, 1923, Mrs. Mills was living in Los Angeles at the time but, apparently, without a permanent address. It could be that she was an easterner who, as did her neighbor Martha Chapoton of #97, wanted a winter home; she could also have been simply an investor. At any rate, Mrs. Mills does not appear to have occupied the house on any permanent basis after it was completed in 1924. Later in the decade, 49 became the home of Jack Maddux, the well-known Southern California Lincoln dealer and owner of Maddux Air Lines, a forerunner of T.W.A. The full story of the early years of 49 Fremont Place will appear in due course.