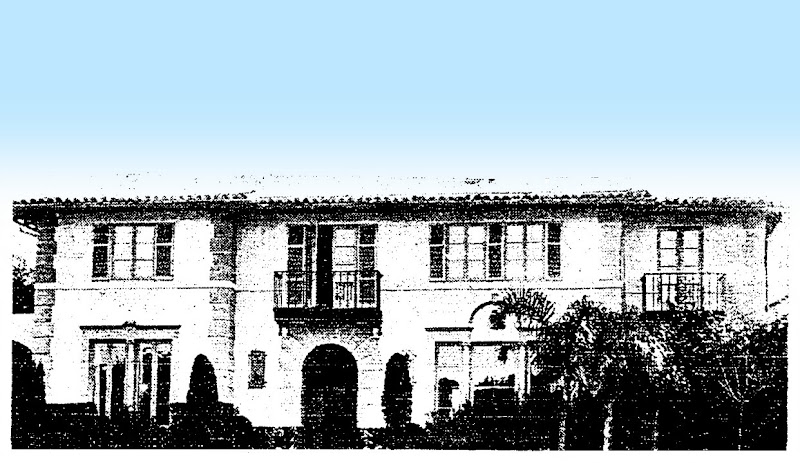 
Esteemed architect Arthur C. Munson received a commission for a 12-room house at 94 Fremont Place from Warren B. Bovard, the vice-president of U.S.C., in 1927. On January 20, 1928, Bovard, whose uncle was an organizer of and the first president of the university, and whose father was also head of the school for many years, was issued a permit by the Department of Buildings to begin construction of #94 on the northerly portion of Lot 96. Born on the Fourth of July 1885, Bovard had had an interesting career at the "family firm," his devotion earning him an excellent reputation in academic circles. Socially he was long assumed destined to be a lifelong bachelor, if not necessarily one of the "confirmed" variety. It was thus a surprise when at 37 he married Berdine Jackman, a coed about to be graduated from U.S.C., in 1923. While a large house might have been appropriate for entertaining on behalf of the university, 12 rooms seems to have been a lot for a couple seeming to be in no rush to have children.

As it turned out, all was not copacetic at #94. It seems that, as the Times would later report, Mrs. Bovard had walked out of the house in early November 1930 due to "marital infelicity"; within days, the paper went on to explain, a close male friend some years Bovard's junior—and naturally, a U.S.C. graduate—had moved into the house, where he and Bovard lived with a Chinese houseboy. This arrangement was short lived; Bovard shot himself in the head on December 18. The story turned slightly noirish if not more deeply purple when there was found a note left behind by Bovard reading "Goodbye Bleanie"—apparently his pet name for Berdine—"am going to look for Ned." The name "Ned" was apparently a reference to Edward Doheny Jr., the son of the famous oil man involved in the Teapot Dome scandal, who had been killed in his newly built in Beverly Hills house called "Greystone" on February 16, 1929. In an tale told often and with many shadings, Doheny was killed by his male secretary, who then turned the gun on himself. In the same Times coverage referred to above, which appeared the day after Bovard's death, Doheny is described as having been a "dear friend."

Ten years later, Mrs. Bovard was still living at 94 Fremont Place. Her mother Mattie Jackman was also in residence, as she had been during periods of her daughter's marriage. 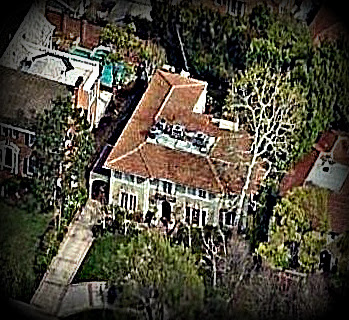