Though the Times termed what was to become 31 Fremont Place "pretentious," the word was without the negative connotations associated with it today. Indeed a grand house if not an unusual one for prosperous Los Angeles neighborhoods of the day, a permit for its construction was issued by the Department of Buildings on May 1, 1913. While Fremont Place had opened a year and a half before, its remote, barren location would not catch on with more than a few homebuilders until after 1920; in the meantime, Wilshire Boulevard east of Western Avenue was at the height of its residential era, still maintaining its allure even if the charm would fade at a pace that must have shocked those who built there in the mid 1910s. This would include Solomon and Amy Aronson, who took out the 1913 building permit to first establish their house at the northeast corner of Wilshire and Catalina, where it would remain for 11 years until the commercial future of the boulevard came into glaring view and the landscaping of West End suburbs such as Fremont Place had gained some maturity. Designed by Edelman & Barnett, 3325 Wilshire Boulevard was one of three of the firm's houses in close proximity all commissioned by siblings—Amy Aronson was one of the Hellmans, a daughter of Herman and Ida and sister of both Marco, who lived caddy-corner from the Aronsons at 3350 Wilshire, and of Mrs. Louis M. Cole of 3240 two blocks east. Sollie died in 1919, Amy a year later, at which point Marco appears to have been charged with the disposition of their grand house. (The Aronsons' sons, Marco and Irving, were adopted by the Coles; the full story of the fabled Hellmans, by the way, makes for fascinating reading in Towers of Gold.) While Marco Hellman would stay in his own house until 1933 despite the traffic and the opening of the Ambassador Hotel next door on New Year's Day 1921, he decided to dice up his sister's house and trundle the pieces out to Fremont Place's Lot 31 for reassembly, apparently as an investment. A permit for relocation was issued by the Department of Buildings on April 14, 1924.


The two main roads of Fremont Place, now Fremont Place and Fremont Place West, were early in the subdivision's history referred to as Easterly Drive and Westerly Drive. The reassembled Aronson house remained at 31 Fremont Place—the northeast corner of West 8th Street—until the Ebell Club next door acquired it and, seeking more parking space, took out a permit for its demolition from the Department of Building and Safety on August 19, 1965. By 1979, a forgettable and still extant house rose on the corner.

One wonders at the moves of enormous houses, at least of two of several moved to Fremont Place—31 and 70—both of which have been demolished. Did transport somehow compromise their structural integrity? But then again, a number of Wilshire houses that were moved out of the way of commerce still stand, most famously the Higgins-Verbeck, which was built at Wilshire and Rampart in 1902 and moved to 637 South Lucerne in 1924 (with a party said to have been taking place inside in transit). Among the many other large mobile houses are the O'Melveny, built at Wilshire and New Hampshire, now at 501 South Plymouth. The Gless house at 605 South Plymouth was originally on Ardmore just above Wilshire; the house at 617 South Plymouth traveled back east from near the northeast corner of Wilshire and Highland as late as 1969. If only the mobile mansions of Fremont Place had been so lucky to have survived.


The Hellmans retained ownership of the house for some years after its migration; in the '20s and early '30s, one of the family's business associates, Ashley S. Thompson, was living at #31. On November 4, 1929, a curious story appeared in the Times during Thompson's tenure: 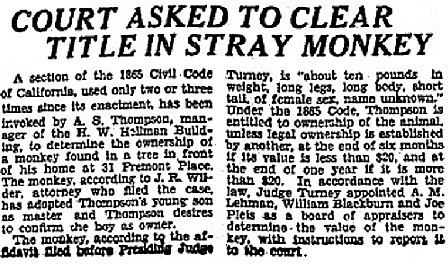 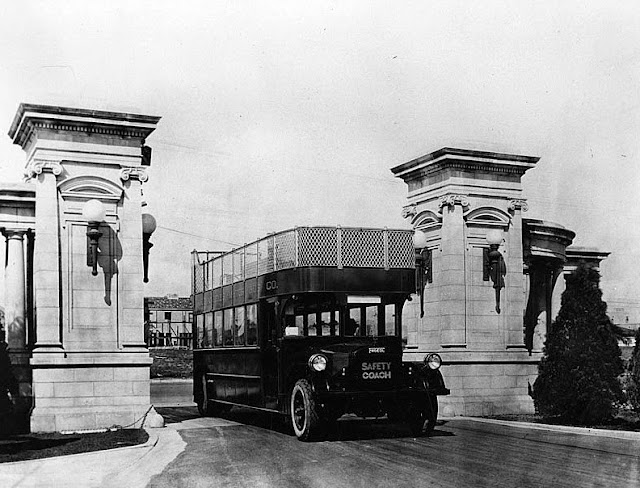 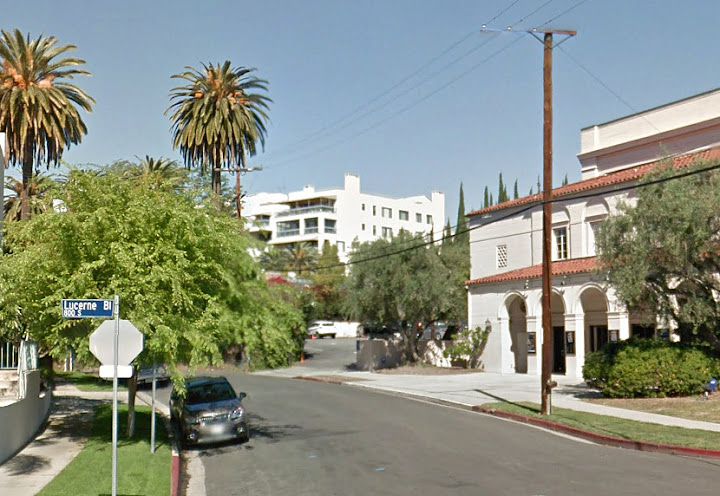